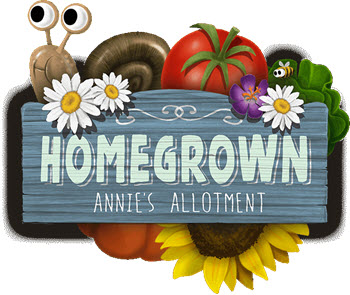 Homegrown is a slot game with a lovely theme: home-grown food. Examples of symbols that can show up on the reels are turnips, pumpkins and lettuce.

To keep things varied, there are several mini-games available and two nice jackpots (Jackpot and Super Jackpot). It is possible to win jackpots even on minimal wagers, so this is not one of those slots where the jackpots are out of reach for everyone except the max-punters.

Who created this game?

Homegrown was created by Magnet Gaming.

When it comes to the basic configuration, this is a less-is-more slot with only three reels. Each reel have just enough space to display three symbols when it stops spinning, so the play-grid is 3 x 3.

The number of paylines is also low; there is no more than 10 of them.

This is a game with low volatility.

Ever time you get a coin win in the base game, you also get a re-spin. With every consecutive re-spin, a win-multiplier goes up to a new level. With a bit of luck, this feature can prove highly rewarding, as it makes it possible to win multiple times on the same wager. 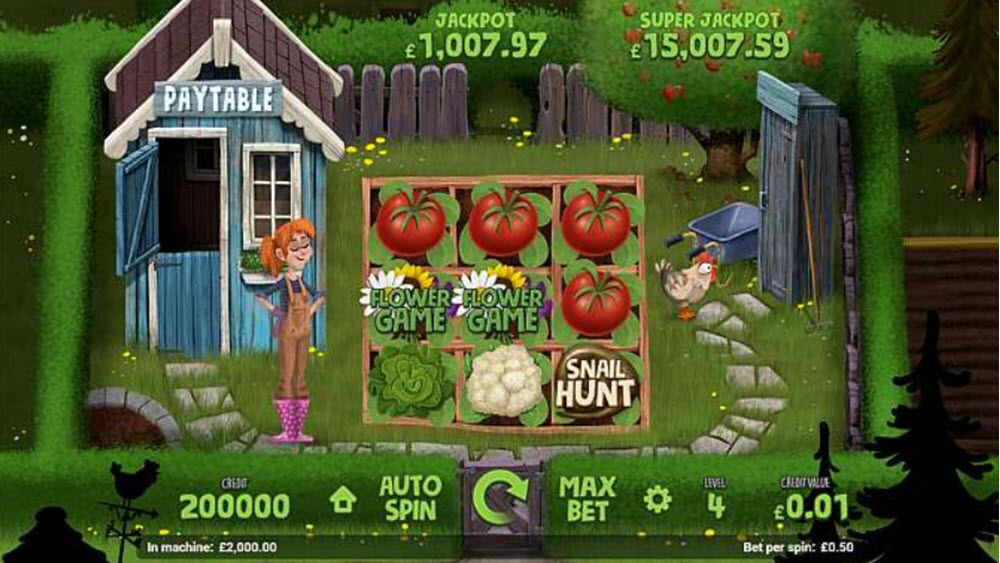 This simple-looking slot is actually hiding several special mini-games. There are also two Homegrown Jackpots that can be won through each of the mini-games. The jackpots are only within reach when you have managed to trigger the Jackpot Flash feature within a mini-game. During a Jackpot Flash, you will be awarded one of six possible wins, and two of these possible wins are the Jackpot and Super Jackpot. When you have triggered the Jackpot Flash mini-game, the scenery will change and you get to see the interior of the farmhouse. Six prizes will be here, but you can only win one of them.

This mini-game consists of 25 free spins, during which you will be picking flowers, working hard to hopefully complete the flower list and get a handsome a reward.

Hungry snails and slugs can be the bane of a garden, and keeping those populations down is an essential part of being a successful gardener. In this mini-game, you will be enlisting the services of a hungry bird. Lead the bird around the garden by rolling the dice and try to make it eat as many snails and slugs as possible. The more snails and slugs that die, the better your reward.

This is an interactive pick-and-win style mini-game where your job is to pick apples from the apple tree to unveil your rewards. Pick-and-win is a great way of adding a bit of interactivity to a slot machine and many players love these cute little diversions.