What is a vegetated roof? 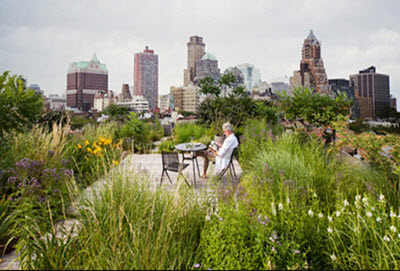 A vegetated roof is a roof with plenty of plant life. Roof gardens is one example of a vegetated roof, and so are the green succulent roofs created to help manage the indoor temperature, catch rainwater and/or provide habitat for the local flora and fauna.

A typical vegetated roof will include the following:

What’s the difference between intensive and extensive vegetated roofs?

Intensive vegetated roof: Also known as roof gardens. Easily accessible and intended for human recreation. Some include tall plants, such as trees and bushes.

Extensive vegetated roof: A comparatively thin vegetated roof. Can be sloped or flat. Often planted with Sedum or other hardy succulents.

Of course, some vegetated roofs have traits from both categories. Today, it is for instance not uncommon for thin vegetated roofs on top of office buildings to provide employees with a space for recreation and relaxation.

Is a vegetated roof dangerous for the building?

For some people, the mere mentioning of a vegetated roof conjures up a horrible image of water damage, mold and mildew destroying the building beneath. The truth is that a properly constructed vegetated roof wont destroy the building it rests on. Quite the contrary actually, since it can protect from UV-damage, provide insulation and decrease the risk of having the basement flooded during heavy rains. 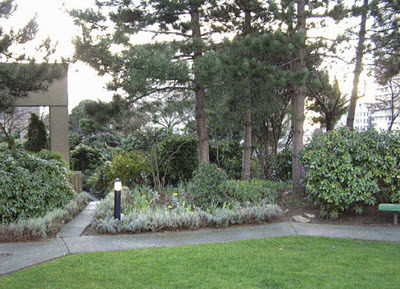 The water proofing membranes that were installed at Rockefeller Center’s green roofs in New York City in the 1930s are still there today; working fine and being protected from weathering.

All roofs must have proper waterproofing in one way or the other, and vegetated roofs are no exception. In prehistoric Scandinavia, farmers would put overlapping layers of birch bark on their roof structure before adding two layers of sod – the bark kept the water out while the sod provided insulation. Today, we don’t have to rely on birch bark since other more modern membranes are available, but the basic principle is the same. Slope or no slope; you need to put a waterproof layer on the roof before the soil and the vegetation goes on.

On modern-style roofs that aren’t vegetated, the waterproofing membrane is often the outermost layer of the roof, making it susceptible to damage, including weathering and unintentional damage caused by people who have access to the roof.

On a vegetated roof, it is important that there is a barrier between the soil and the waterproof layer. This barrier must be strong enough to keep out the roots. Without such as barrier, plant roots can grow into the waterproof layer, making it less efficient.

Is a vegetated roof very heavy?

Yes, adding soil and plants to a roof can add a significant amount of extra weight. It is also important to keep in mind that a vegetated roof will retain at least part of the water when it rains instead of quickly letting all of it run off.

Exactly how much weight that is added by a vegetated roof vary significantly depending on which type of roof you want. There are green roofs that consist of a fairly thin layer of soil with small succulents planted in it. Such a solution will of course add much less weight than a thick layer of soil planted with trees and bushes.

In some situations, perlite or other porous lightweight materials can be used instead of or in combination with soil to make the vegetated roof lighter.

Can I just put some soil on my existing roof, plant some seeds and have a proper green roof?

NO, this is not advisable.

These are just a few reasons as to why it’s not a good idea to just spread some soil over a roof and start planting.

Is it just for environmentalists?

While it is true that vegetated roofs can score you points with Mother Nature, there are also several perfectly egoistic reasons as to why building owners opt for vegetated roofs. Here area a few examples:

Can I water a vegetated roof?

Do I have to water a vegetated roof? 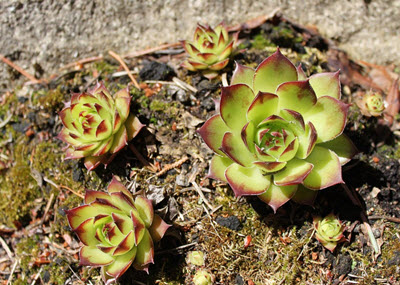 That depends on the circumstances. If you don’t want to water your roof, it is best to chose plants that can survive with what nature is giving them in your local area. If you live in a dry part of the world, that means going for drought-resistant plants, such as succulents. They will also be better at handling high temperatures and strong sunlight.

Please note that at the very start, when you are trying to establish the plants, you might have to water them even if they are drought-resistant species. Check up on the species you are interested in before you make any purchase decision, to make sure you know what’s required. One option is to purchase pre-established sod mats that you just roll out. The plants on these mats already have well-established roots so they are less needy.

Can I have a vegetated roof in an area with heavy rainfalls?

Yes, it is possible to design a vegetated roof that handles heavy rainfall well.

The general design of the vegetated roof, the drainage system and the choice of plants all need to reflect the fact that this roof will be subjected to heavy rainfalls.

If you opt for a growing medium that can absorb a lot of water, make sure the support is strong enough to handle the added weight of so much water.

On some buildings in areas prone to heavy rains, the green roofs have deep pockets in the drainage layers where water is stored. When the roof starts getting dry again, the water is released back to the plants.

How can the animals get to the roof top?

There are several ways for animals to get to a roof top. Here are a few examples:

Can I have a sloping vegetated roof?

Yes, it is possible to have a vegetated roof even if it is sloping. Of course, extra care must be taken to prevent the sod from sliding off if the inclination is steep.